How should we approach our (non-developer) software community proposals?

We have some software (but not software-development) proposals:

Are these three separate, distinct communities, or should any of them be combined? Office suites strike me as a subset of the kinds of software applications that would be in scope on the first, and the line between OS and software application can get a little blurry on Linux. (I mean, most of the things you can run on the command line are also software applications; they just usually don't have GUIs.)

For our Software Development community, after much discussion, we created a single community instead of several different ones based on the domain or language or specific discipline within the software-dev world. Codidact is still a small community (or set of communities), growing but not growing super-quickly, and we felt there would be more power in a shared space. If someday a single community is too large to function, we can spin off more targeted communities if that's what people want. We've planned for that from the start.

Should we bring these three proposals together? Are operating systems different enough from applications that Linux should stay separate regardless of what we do with the other two? Are we comfortable with a single "software users" community (better name needed) where you can ask questions about Firefox, Excel, Google Docs, iBooks, Android apps, cygwin, git, or vim? And about environment variables, file permissions, admin tools, yum, WSL, or VPNs?

How much overlap is there in the communities that form around these three topic areas? Is there benefit to working together?

Monica Cellio‭ ☗ staff
7916 rep. 38 168 918 440
Permalink History
Why does this post require moderator attention?
You might want to add some details to your flag.
Why should this post be closed?

I would not merge everything together, but rather have the following communities:

My rationale for such a division is given by trying to answer the following question: how interesting are the questions from one area for a person mainly interested in another area?

Alexei‭
635 rep. 0 0 102 14
Permalink History
Why does this post require moderator attention?
You might want to add some details to your flag.

I think this seems sensible. And maybe extend the scope of Linux to cover all UNIX systems, though that will be something that specific community can decide & discuss here. — Lundin‭ 4 months ago

Thanks for nailing down what I had in my head but couldn't quite formulate: "how interesting are the questions from one area for a person mainly interested in another area?". That's the difference between a community with some commonalities and disjoint groups sharing a space. (Also, to be clear, I had no intentions to alter Software Dev's scope.) — Monica Cellio‭ 4 months ago

I agree with @Alexei.

While Superuser and Linux is for OS but, Office Suites isn't. So, it is better to separate them. I have actually added a proposal on it. I am adding some more information for Office Suites here also.

Istiak‭
223 rep. 14 8 34 22
Permalink History
Why does this post require moderator attention?
You might want to add some details to your flag.

Sign up to answer this question »
Featured
Codidact marketing for community posts
Hot Posts
Blog — The Abilities rollout (or, how not to do deployments)
Blog — The technical design behind Abilities
Site Proposals — A "Super user" like community to include Q&As about software applications usage
Q&A — Is it possible to accept an answer? How to accept an answer?
Q&A — Let questioners mark a question as answered (NOT like Stack Exchange's accept)? 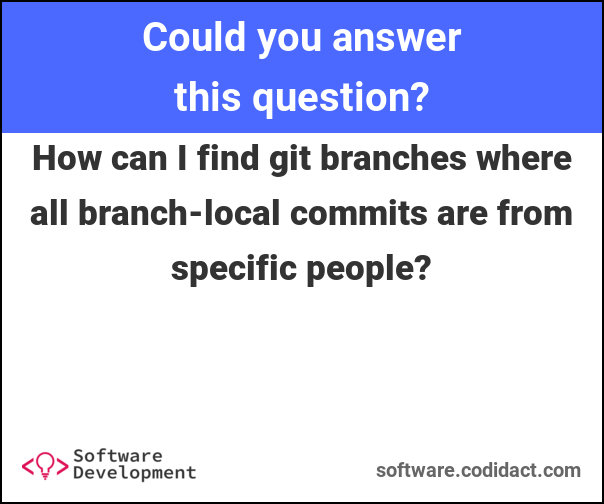