Someone might say it is copy-paste idea of Quora.

So, Codidact is copy-paste idea of SE. Do you have any excuse on it?

I didn't know what information should I include. So, I had post the question with less context.

Actually, here I mentioned Quora-like community not Quora (which can be similar to Quora). Quora focuses on following things.

As far as I know I have left lot more. But, I forgot now.

discussion community
posted about 2 months ago
CC BY-SA 4.0
2mo ago

Istiak‭
47 31 54 111
Permalink History
Why does this post require moderator attention?
You might want to add some details to your flag.
Why should this post be closed?

Which question does this question seek answers to? (2 comments)

No, Codidact is not a copy/paste of Stack Exchange.

The problem is that people say "Codidact is a copy/paste of Stack Exchange". but, personally, I would say no. For many reasons, 1. Open Source, 2. Non-Profit, 3. Community-Based.

Is there any disadvantages for Quora-like community?

I will summarize all disadvantages.

Well, as far as I know, the Codidact Terms of Service say that you must be at least 13 years old, same as Quora. But there's a lot of inappropriate content out there, because Quora is open, and it's just too open. Personally, I wouldn't be happy if Codidact becomes like Quora or even has a community like it, and would likely leave.

I'm much happier with divided communities than with an entirely general community. Segmenting people from together will help you get quick answers, your question won't get lost with other questions, and you'll find something to answer quickly. If we create one community only, people probably won't use Codidact for work, I won't be in my office and other people looking at your screen might not see that you're only trying to solve a programming issue, and there is all topics.

Quora has no rules. Before I joined Stack Exchange, I joined Quora, for the same reason, a general community, but things weren't as I imagined: there are no rules, anyone can post anything, anytime and sorry, it's useless platform. As much as I hate Stack Exchange, but I love Stack Exchange 10x better than Quora or any other platform, because there are rules, people don't walk like useless people in society.

I need rules, neither too open nor too restrictive, something like partially open, simply as we are.

Maybe there is many other rules that I didn't mention, but those are the most important points.

That is the all points why a Quora-like community would be useless.

posted about 2 months ago
CC BY-SA 4.0
2mo ago by Canina‭

Kevin M. Mansour‭
10 6 53 24
Permalink History
Why does this post require moderator attention?
You might want to add some details to your flag.

Quora seems to be more of a social platform than a knowledge-sharing one. You have to dig through a lot of stuff you don't care about to find the information you're looking for. We don't want to do that.

Another answer talked about some of the ways we are not a clone of SE. In addition to those important distinctions, our platform is different and our goals are different. For more about goals see The Codidact Vision. As for the platform itself, we've learned a lot in years of experience on SE and other platforms, and we're applying what we've learned. In fact, some of the things we've already done are now being done or requested on SE; in some ways, SE is cloning Codidact, but without the community partnership that we have here.

Here are some of the things that distinguish the Codidact platform, things that I think make a real difference to people using it:

Does the design look like SE? Yes, in a lot of ways. Part of that is that there are only so many ways to lay out a list of questions and answers, and part of it is that we haven't yet tackled some of our ideas for design improvements. We're actively making improvements to the platform; we're not done yet. In some cases we have ideas but no one with time to work on them; in other cases we know we want to do something but that's as well-defined as it's gotten; in some cases we don't yet know of a need or idea until somebody raises it (which we encourage people to do). Personally, I'm looking forward to having filters on the question list like in this design proposal, so you could save your favorite filters instead of having to build them using search each time you want them. I'm also looking forward to useful reactions like "out of date", which can convey certain specific information better than votes or comments alone.

And what about Quora? I don't think their goals have much in common with ours, so I wouldn't expect something that works well on Quora to work well on Codidact. And that's ok; Quora and Stack Exchange and Codidact can all exist alongside each other, serving different needs.

Monica Cellio‭ ☗ staff
47 203 1182 520
Permalink History
Why does this post require moderator attention?
You might want to add some details to your flag.

I was talking about system not design (1 comment)
And other sites (1 comment)
Sign up to answer this question »
Featured
Welcome to Tabletop Role-Playing Games!
Newsletter #8 (August 2021)
Hot Posts
Site Proposals — Getting a gaming community of Codidact
Q&A — Accessibility: What can we do better?
Q&A — o@ßX shows up as [email protected]ßX
Q&A — I would like basic killfile functionality. 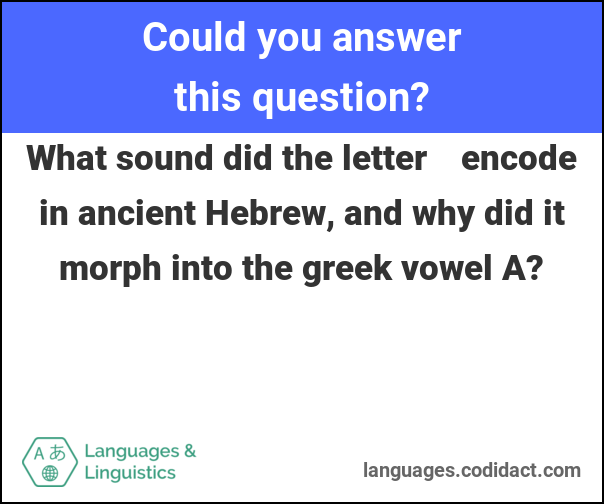